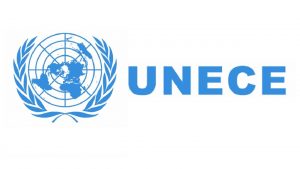 And Its Implications for UNISEG’s Battery Transport & Storage Container

The UN Sub-Committee of Experts on the Transport of Dangerous Goods approved changes proposed by the Canadian delegate, for the transportation of new & used lead acid batteries, at their June 2018 meeting held in Geneva. The revisions pertain to the packing instruction P801 and were designed to clarify and improve requirements for transporting used lead acid batteries.

Uniseg Products and its sister company Battery Rescue were strong advocates for these changes and worked closely with Ken Price* of Riskom and the UN Canadian Delegate to shape the proposal submitted by the Canadians to the UN. The Canadian’s original proposal, first submitted in December 2017, has undergone several revisions because of members discussions during the UN Sub-Committee’s sittings.  One such revision and notable exclusion is the dangerous goods type UN2800, “Batteries, WET, NON-SPILLABLE, electric storage”.  The inclusion of UN2800 in the P801 Packing Instructions is likely to be proposed and voted on at the Sub-Committee’s December meeting.

The UN’s revised P801 Packing Instruction was approved by the Subcommittee for Transport of Dangerous Goods in June 2018.

What Does It Mean for Transporting Used Lead Acid Batteries in Your Country?

Most countries have their own dangerous goods transportation regulations and while many are modelled on the UN’s Dangerous Goods Transport Provisions, they do not necessarily adopt the provisions word for word. It also usually takes a year or more before some of these changes to the P801 Packing Instruction might appear in a country’s own dangerous good transport regulations.  As the changes are, in our opinion, a significant improvement on the previous P801 packing instructions, we believe many countries will end up adopting them in some shape or form. We would recommend that if you might be impacted by these changes that you keep abreast with announced changes from your national regulator.

The 2nd part of the P801 Packing Instruction applies to the transportation of used batteries in stainless steel or plastic bins. This is the section that was designed to remove the ambiguity in the previous Packing Instruction and clarify the requirements. While it has mostly achieved this, we believe the addition of clause f – Measures shall be taken to prevent short circuits (e.g. batteries are discharged, individual protection of the battery terminals, etc.), which was included to minimize the perceived fire risks associated with used lead acid batteries, has created some element of uncertainty and will probably be interpreted differently by regulators in each jurisdiction.

This clause is relevant to the use of Uniseg’s Battery Transport & Storage (BTS) Container for transporting used lead acid batteries. We believe the BTS Container meets this requirement because;

Unlike most plastic bins, the BTS Container, features a unique front load designs, that makes the placement and orderly stacking of batteries much easier and safer. Combined with the support of its strong walls, the movement of batteries during transportation is very minimal.

* Ken Price of Riskom, has served in several different capacities for more than 2 decades, as part of the UN Sub-Committee of Experts on the Transport of Dangerous Goods. He is currently a member of a couple of industry NGO delegations to the UN, including the Australian Explosives Industry and Safety Group (AEISG) and the International Confederation of Plastics Packagings Manufacturers (ICPP). NGOs do not have voting rights, however they may participate in discussions and working groups.